Alicia Clark serves as a Program Assistant for the Administrative Team with the Community and Clinical Connections for Prevention and Health Branch. For over 20 years, she has worked in a variety of roles. Alicia also worked in various health care capacities. After attending Watterson Business College in Louisville, KY and earning a certificate in Medical Assisting, she began a career as an EKG Technician in a Louisville, Kentucky hospital. Alicia later joined Blue Cross and Blue Shield of Kentucky as a Medical Claims Processer. Her medical background and knowledge quickly led to a role as trainer and then to group leader.

After moving to North Carolina, Alicia’s health care experience continued with “Commit to A Healthier Raleigh,” a smoking cessation project. She then moved on to work with the North Carolina Division of Public Health. Still centered in community, heart and health, she brings many years of life and work experience with her and is eager to learn and serve more. Alicia is originally from Louisville, Kentucky and is an animal lover with two resident cats, Smokey and Bandit. 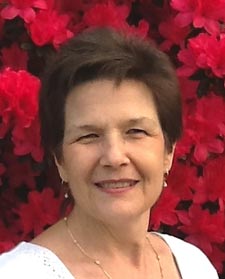